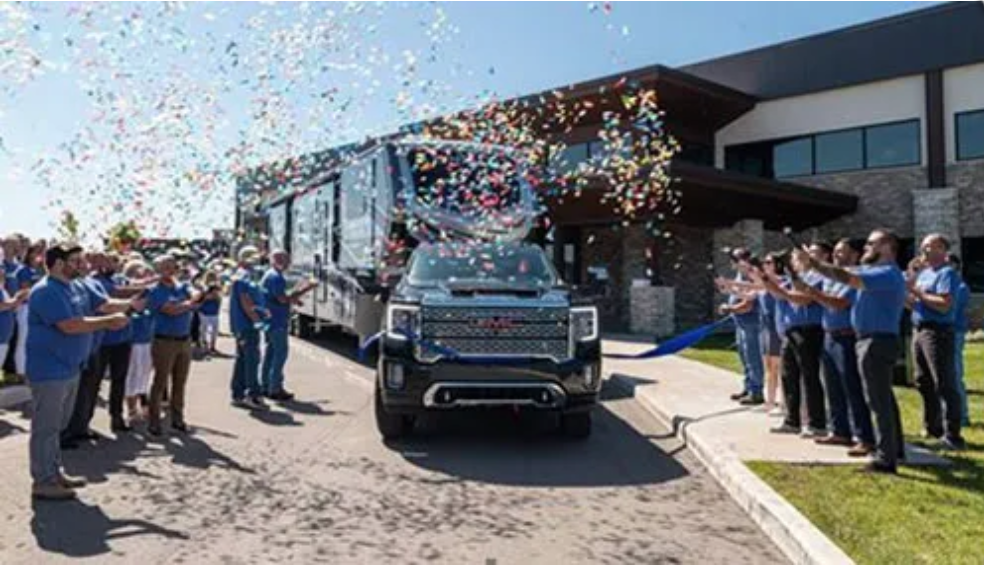 GOSHEN – A Goshen-based recreational vehicle manufacturer has hit a major milestone. Keystone RV Co. has officially shipped its one millionth RV, to be delivered and sold at Walnut Ridge Family RV Center in New Castle.

A ceremony to commemorate the sale was held with employees and partners this week. A ribbon cutting ceremony also sent off the 2020 Keystone Montana 3761FL, driven away by a 2020 Sierra 2500 HD Denali.

“We can’t understate how honored we are to have had the support of hundreds of dealers, thousands of employees, and soon to be one million Keystone RV owners over the past twenty-three years,” said Jeff Runels, chief executive officer and president of the company in a news release.